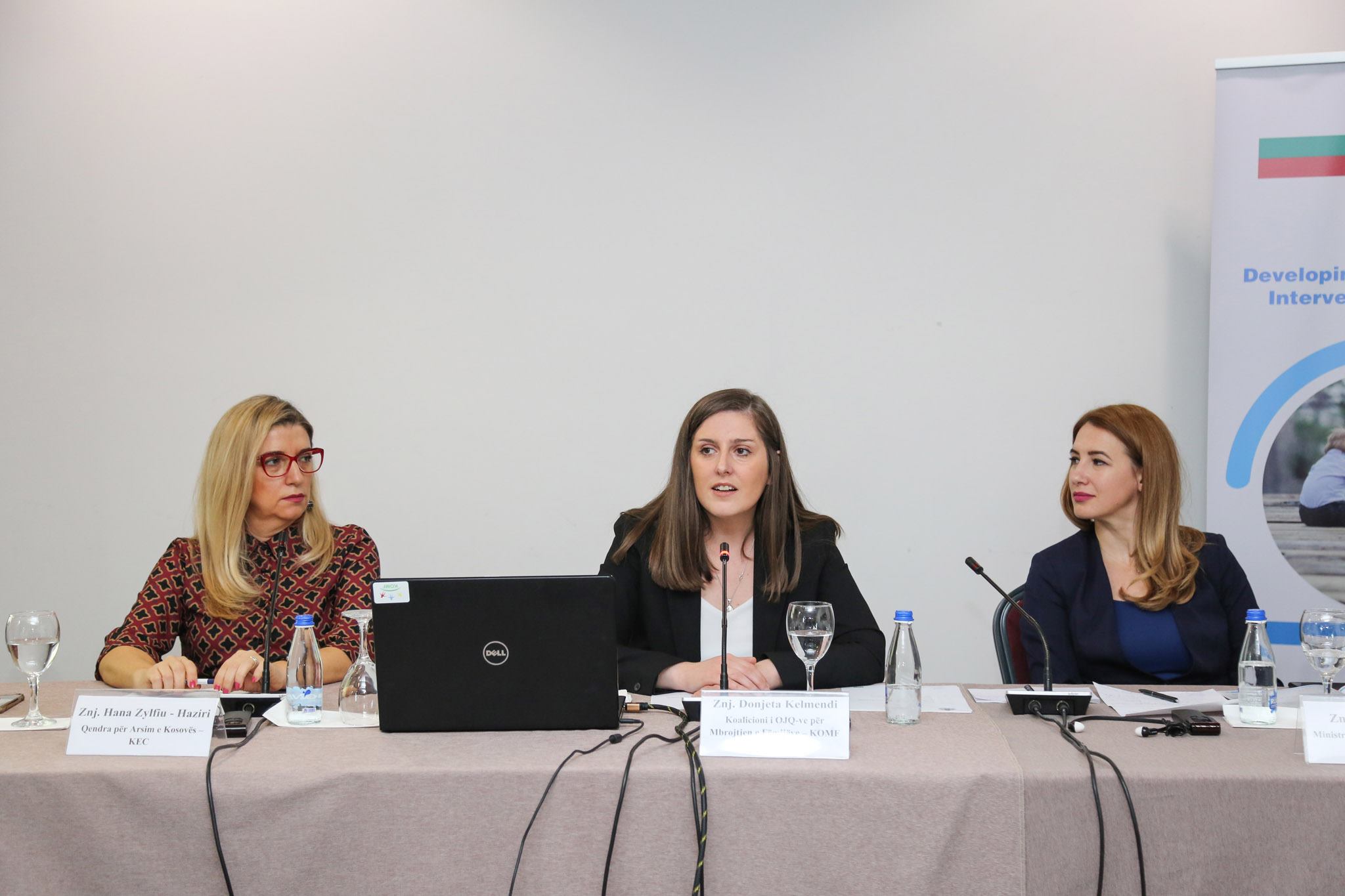 Laberi Luzha from MEST, said that she welcomes the Guideline for Early Childhood Intervention, especially since it is published in the period when MEST is drafting the Law on Early Childhood Development.

On the other hand, Hana Zylfiu – Haziri from KEC presented the Needs Assessment Report on Early Childhood, drafted by KOMF, with the aim of further capacity building in the field of early childhood development in Kosovo.

Donjeta Kelmendi from KOMF, presented the Manual for Early Childhood Intervention drafted by international experts from Bulgaria’s organization “Karin Dom”, with practices and models of other countries as well as instructions on what actions Kosovo should take to further develop early childhood intervention.