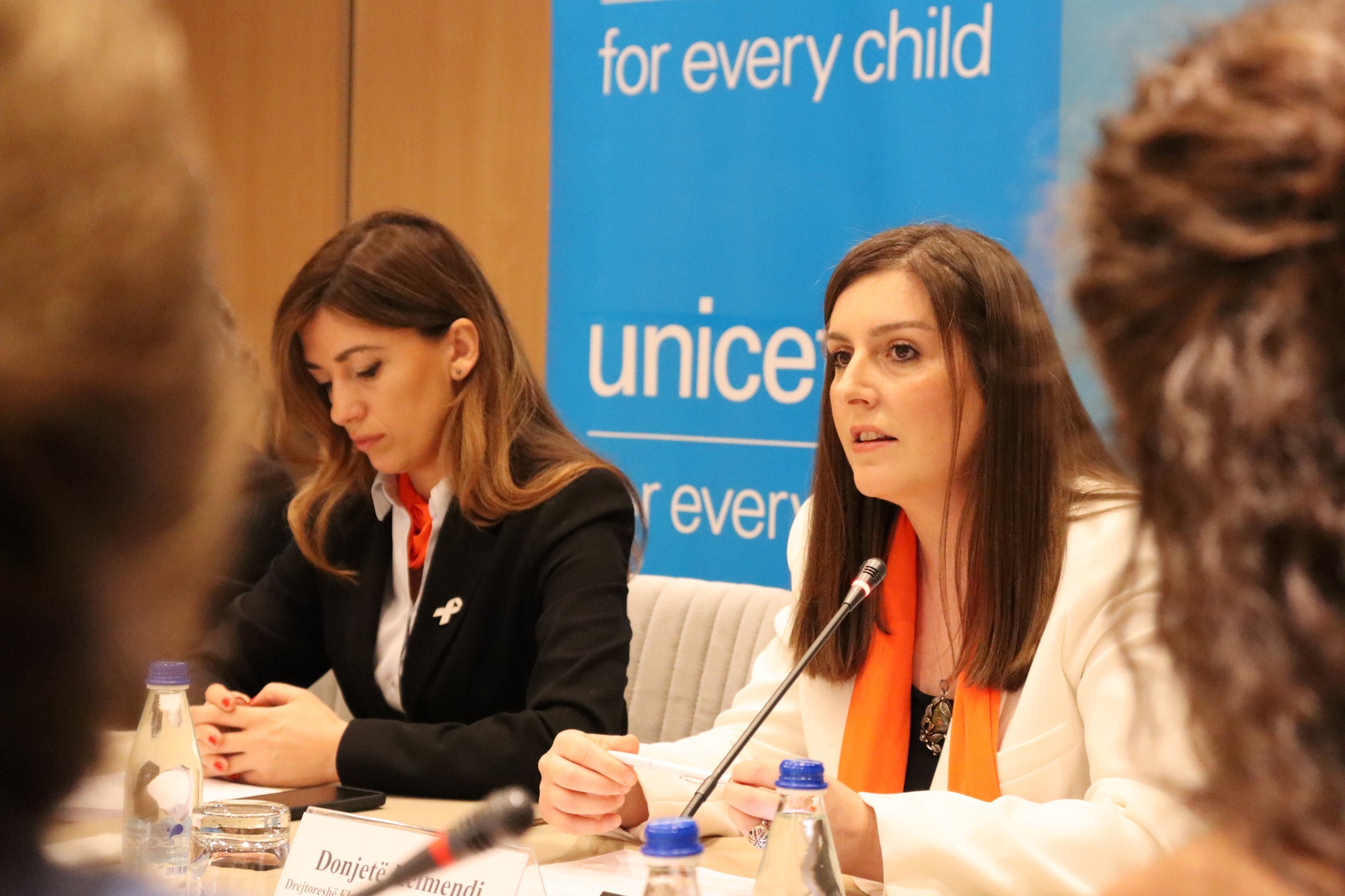 KOMF, in cooperation with Unicef Kosovo Programme and UN Women Kosovo, held the round table on “Violence against girls – Towards Effective Prevention and Response”, which was organized within the global campaign “16 Days of Activism against Gender-Based Violence”.

The purposeof the roundtable was to discuss the current situation of violence against girls in Kosovo, identify opportunities and joint initiatives to improve the situation. Also, this round table was intended to convey the call for research development, advancement of policies and programs with a focus on prevention and response to forms of violence.

Among the main recommendations that were addressed by KOMF were:

– Creating programs for the prevention of violence and strengthening the preventive and referral system in schools;

– Creation of a database of persons convicted of criminal offenses against the sexual integrity of children and consequently banning their access to children, according to existing models in the European space, based on the Law on Child Protection;

– The toughening of punishments imposed on perpetrators of criminal offenses against sexual integrity within the limits set by the Criminal Code;

– The urgent provision of adequate treatment and protection for all children, victims of sexual harassment or abuse;

– Responsibility and accountability from professionals mandated for child protection, in case of failure during the implementation of the legal obligation for the efficient handling of these cases;