One year since the macabre murder of a child from Fushë Kosova, still no responsibility from Kosovo institutions 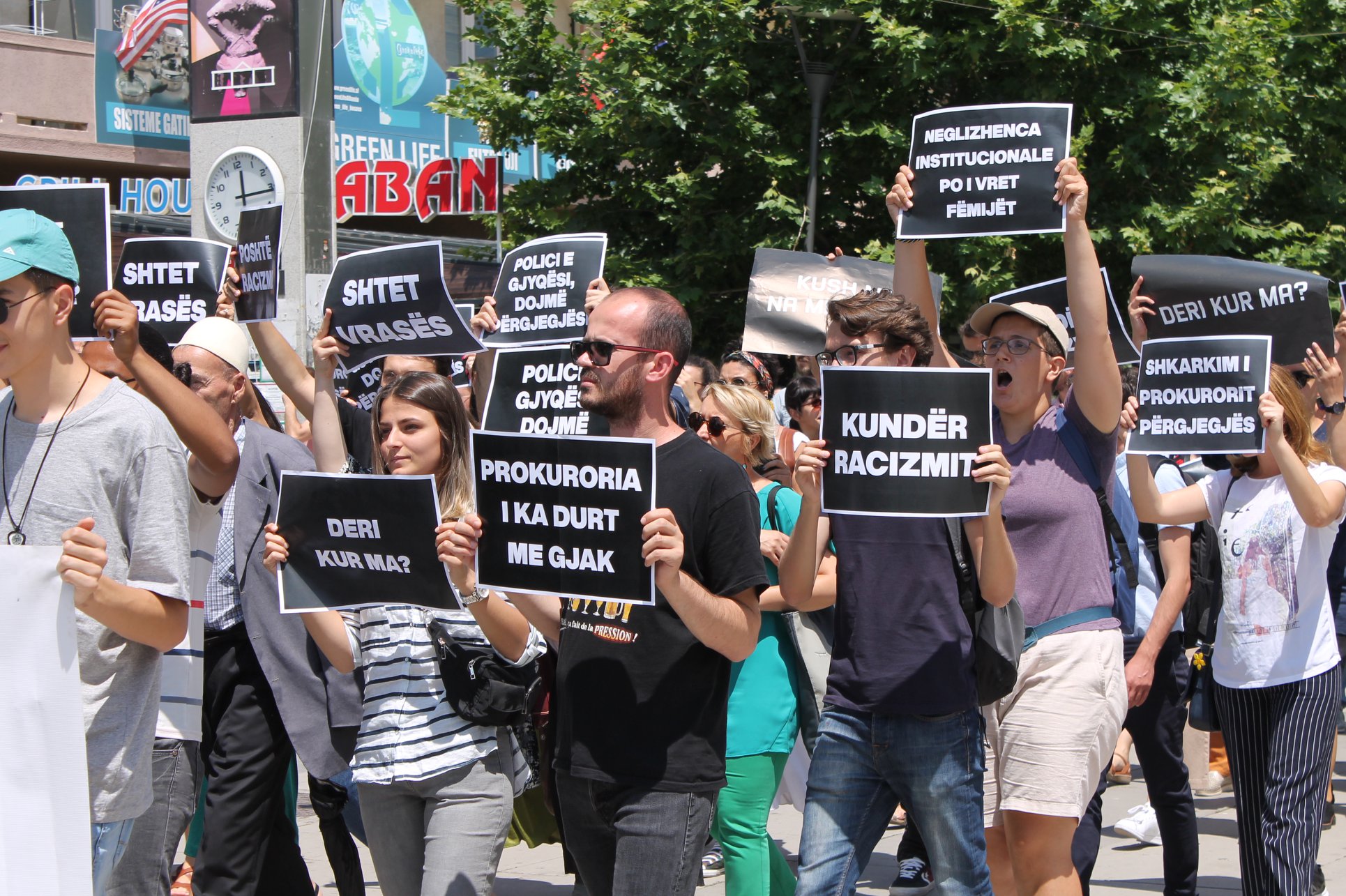 One year since the macabre murder of a child from Fushë Kosova, still no responsibility from Kosovo institutions

Today marks one year since the macabre murder of a 9-year-old child by the Municipality of Fushë Kosovë, who according to the autopsy report was also sexually abused.

Today marks one year and still none of the responsible institutions for the protection of the child’s life have not given responsibility and accountability for the failure to fulfill the institutional mandate to protect his life. The child K.V. was reported in January 2019 to the Kosovo Police for sexual abuse and all institutions were informed about the case.

All the data show that despite the fact that the child has been , where the child should be safe and protected, these institutions failed to protect his life.

For KOMF, the actions and violations of the prosecution regarding this case remain scandalous. The prosecutors of the case did not propose the measure of detention, which expect that would make impossible to continue the abuse of the child, would help clarify the case and, above all, would avoid the death of the child. The prosecutor did not even request a forensic examination. Moreover, despite the fact that in April 2019 the suspect admitted the criminal offense of child rape K.V., he was released in due process by the prosecutor, which led to the macabre murder of the child.

Immediately after the report of the macabre murder, KOMF had demanded accountability from the Kosovo Police, the Prosecution and the Center for Social Work, to see what the institutional reaction was for the protection of the child’s life and integrity and the punishment of the perpetrator. Furthermore, KOMF together with Çohu in July 2019 have sent an official request to the Kosovo Prosecutor Council requesting an investigation and accountability for the actions of the prosecution regarding the case of the child K.V. from Fushë Kosova. The Kosovo Prosecutor Council in August 2019 initiated two disciplinary proceedings against two occasional prosecutors.

Despite the identified violations of the two prosecutors in the case in question, the decision of the KPC for one of the prosecutors of the case was to reduce the salary for a period of 6 months, while for the other prosecutor the KPC did not find any violations. Whereas, the Directorate for Internal Investigations and Past Verification within the Kosovo Police, have terminated the disciplinary procedure against the employees of the Kosovo Police because no elements of disciplinary violations have been found.

Seeing that there was no responsibility and accountability for the case, KOMF in February 2020, through a request for action addressed to Albulena Haxhiu – Minister of Justice, Agim Veliu – Minister of Internal Affairs, Aleksandër Lumezi – Chief State Prosecutor, Bahri Hyseni – Chairman of the Prosecutorial Council, Burim Berisha – Mayor of Fushë Kosovë and Shpend Ahmeti – Mayor of Prishtina, requesting emergency action and accountability in these cases.

As a Coalition, we are shocked by the fact that there is still no accountability and responsibility for the case in question by the defense, law and order bodies. The treatment of this case by the state and institutions, for KOMF remains intolerable and scandalous.

We, Coalition of NGOs for Child Protection, require the state:

We are waiting for the urgent actions of the institutions of the Republic of Kosovo regarding the case.