KOMF: We require institutional responsibility for the case of the 11 year old death in Fushë Kosova 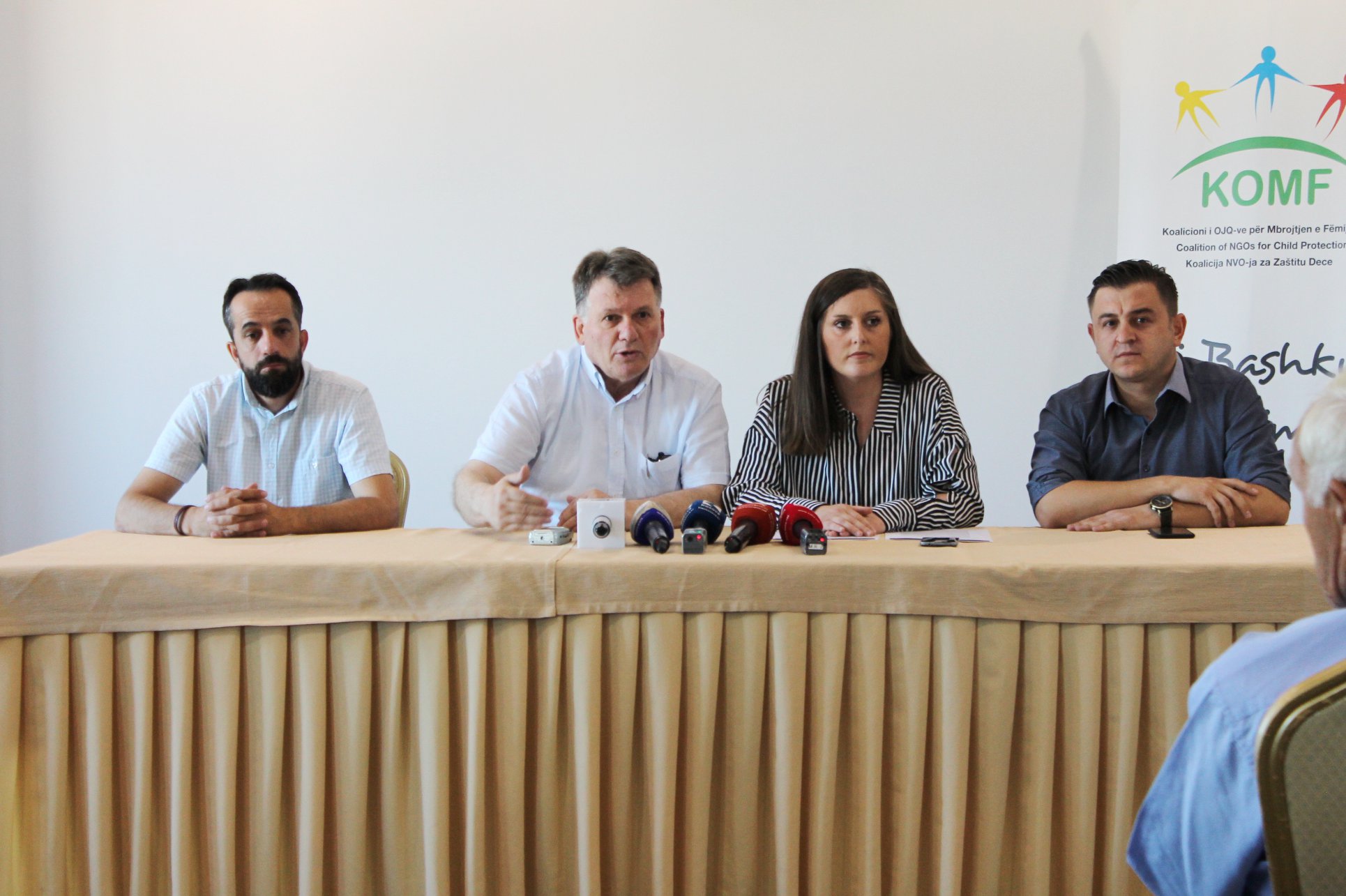 KOMF: We require institutional responsibility for the case of the 11 year old death in Fushë Kosova

Coalition of NGOs for Child Protection in Kosovo – KOMF has held a press conference to express their concerns over the recent case of the death of a child and also the serious situation of children in street situation.

KOMF required immediate actions by the prosecution office, to clarify the child’s death case. According to police information, there were noticed signs of violence in the child. Also, according to information published by the media, the autopsy report of the 11-year-old body showed that the victim was sexually abused three times by the same person. KOMF has requested access to the autopsy report, while the Institution of Forensic Medicine has responded by saying that the autopsy report is not completed and after completion it will be submitted to the prosecutor of the case.

Based on the statement of the mother of the victim but also based on the articles published by the media, the case was reported to the police for sexual abuse on January 29, 2019 and only after 3 months on April 15, 2019, criminal charges were filed against the suspected person and the same case was processed in the Prosecution Office. The Prosecution Office has not filed an indictment for this case and the suspected person was let free.

Therefore, KOMF has sent official requests to: Kosovo Police, Prosecution Office, Center for Social Work and the Institution of Forensic Medicine, to see the institutional response regarding the protection of the child’s life and integrity and regarding the punishment of the perpetrator. It is concerning that the Kosovo Police did not respond to KOMF until this moment, while the Prosecution Office has emphasized that they are in the investigation phase and because of the sensitivity of the case they cannot provide more information. Meanwhile, the Center for Social Work responded to KOMF by providing information on the services towards this case.

Given the sensitivity of cases affecting children but also the sensitivity of criminal offenses against the sexual integrity, this case had to be treated with high priority and urgency by the Kosovo Police and the Prosecution Office. In this case KOMF requires from the Police Inspectorate to investigate this case to ascertain whether there has been negligence by the police authorities.

KOMF require immediate responsibility and actions regarding the negligence of the serious situation of children involved in child labor who are facing many risks, including sexual abuse, trafficking and murder. If this situation continues, many other children in street situation will face the same experience. KOMF reported that only during four days (4th, 5th, 6th and 11th June 2018) in the Municipality of Prishtina and Prizren were observed and counted 153 children in street situation. Children were doing hard work like begging, recycling, and selling small items. Observation and interviewing was conducted by staff trained by Terre des hommes (member of KOMF) in cooperation with social workers.

Children involved in child labor are exposed to a number of risks for their health and various forms of child rights violations, including: neglect, ill-treatment, physical and psychological abuse, and in some cases the lack of registration, lack of access to education and lack of shelter, putting themselves at risk of sexual exploitation and/or trafficking.

Currently, there are no specific services that municipalities provide in order to address child protection; including day care centers, mobile services and rehabilitation and reintegration services.

“Friends of Children” with awareness messages

KOMF and ÇOHU demand accountability for the actions of prosecution